Our Unique Flora and Fauna

Thyme Vulgaris was introduced by Jean Feraud in the mid 1800’s. He, of the fruit and wine fame! Thyme is drought resistant and rabbits don’t like it so it is pest resistant.

Thyme grows wild across Central Otago. If you are roaming the hills and crush the thyme with your boots as you walk, you will be enveloped in the smell, aaargh the smell of Central.

Even the cats and dogs smell of it when they come in for their dinner!

Seriously though, the earliest known use as a healing herb was in 3000BC. Thyme was grown during the middle ages in monastery gardens in Italy, Spain and southern France. It was made into cough remedies, digestive aids, potions for use against intestinal parasites and for combating nightmares.

Amongst the Chinese miners and early settlers it was used as a remedy for whooping cough as well as a tea for coughs and flu.

Today extracts are used in deodorants, antiseptics and surgical dressings. Other successful uses are in easing bronchitis, emphysema, and anti-fungal properties to treat Athletes foot.

Thymol, which is the active ingredient, is used to control the Varra mite in beehives over summer. It is well tolerated by the bees but toxic to the mites - hooray.!

Thyme honey is delicious on toast and is rumoured to have more benefits than Manuka honey. It is widely used in cooking as well. Wild mushroom and thyme soup – fantastic.

In November it flowers abundantly and is a swale of lilac pink carpet across the hills. 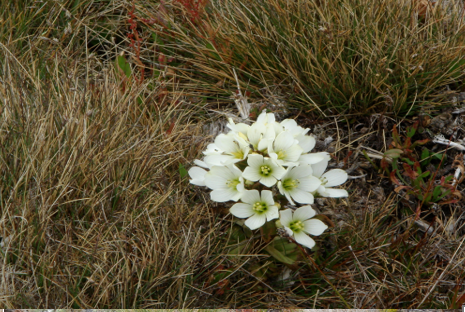 Rosa rubiGINosa originated in Europe and North Africa. It is a deciduous erect woody shrub with arching stems – very nasty prickles! During early summer it produces pretty pink flattish rose-like flowers followed in autumn by orange -red oval rosehips. Dastardly to eat, you instead boil them up with sugar and make a syrup. It is important to strain through a fine mesh as you do not want furry prickles in your cordial! Delicious with hot water as a warm drink in winter to ward off colds or as a cold drink of ice and tonic with your GIN in summer.

Poplars were first grown in New Zealand in the 1830’s. They were brought in as ornamental trees. The Lombardy poplar with its column-like form was popular and planted to mark boundaries and fords as they could be seen from a distance. In Autumn they come into their own as their colours are magnificient. 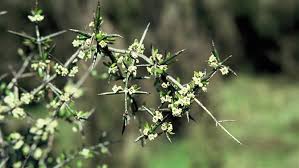 Matagouri, is a tangle-branched thorny plant endemic to New Zealand. An alternative but less used name for the plant is "wild Irishman". The name matagouri is how speakers of English heard the South Island pronunciation of the Māori name "matakoura". It is also known as “grey scrub”. It is as distinctive in the Central Otago landscape as tussockland and beech forest. Matgouri provides protection for skinks and nesting birds.

You need rugged clothes and leather gloves on when attempting to trim it. 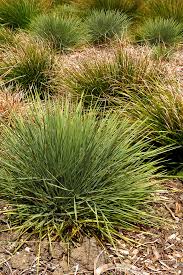 If you head up high into the Raggedy’s you will come across speargrass plants, they are about waist high and consist of sharp spines all pointing out from the centre so they can attack you if you get too close.

They are there year round and flower in summer forming bright orange sprays. Facts you may need to know: these plants belong to the carrot family, these and the young shoots and stems of immature plants have been eaten for centuries by Maori.

Why eat them? In a survival situation these plants could be life savers although the roots are hard to get to, because of the sharp spined leaves (the easiest way is to pull out the plants using a rope). There is documented evidence of them being eaten by miners. The resin naturally found within the plants can also be used as a chewing gum. They can survive in temperatures as low as -15C hence growing in the mountains

They are also known as Spaniard Grass. 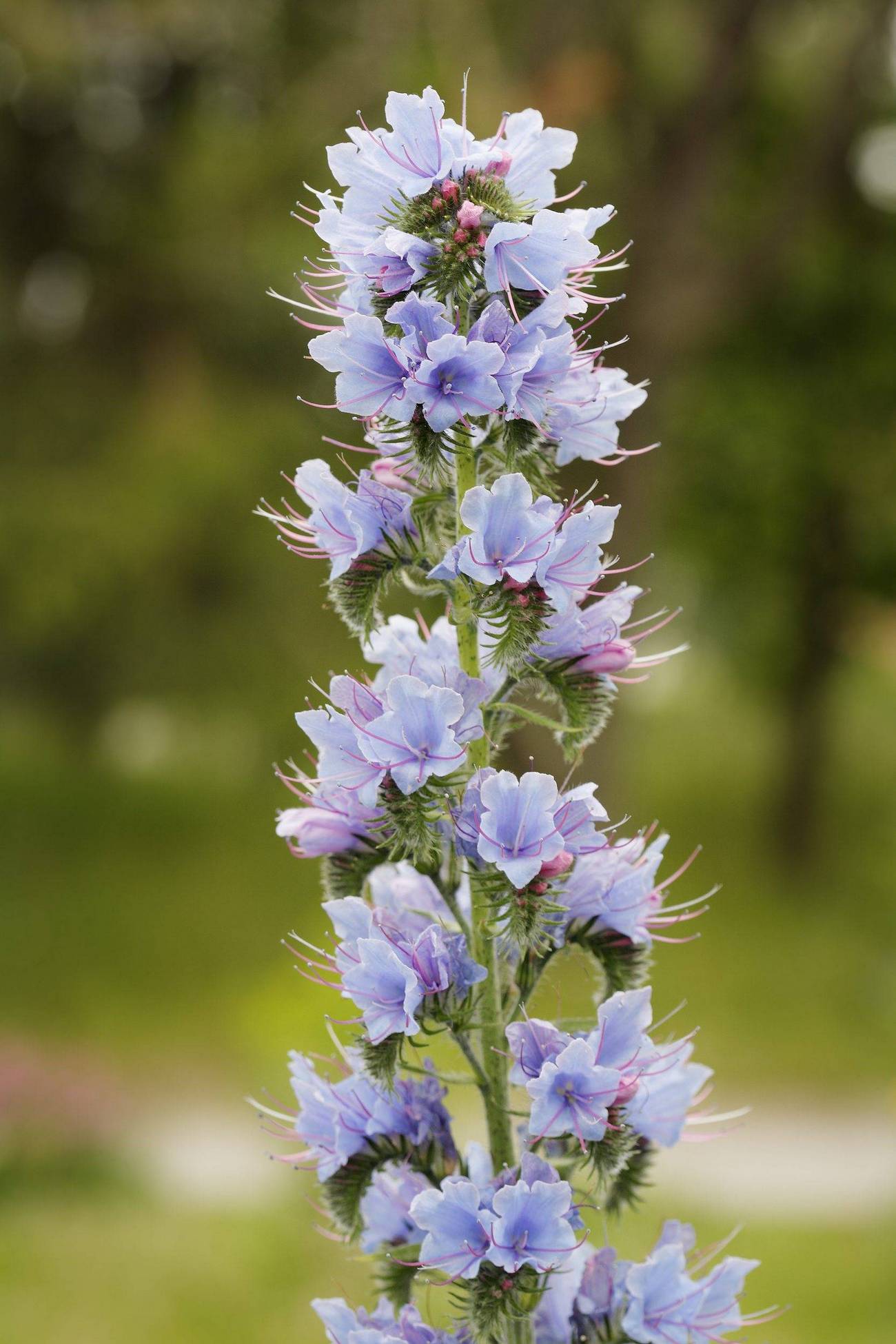 As well as the abundant flowering thyme, during summer we have the blues of vipers bugloss and the brilliant yellow of Californian poppies and the red Valerian colours across the lowlands fed by the springs and burns on top of the Dunstan Mountains. The bees love vipers bugloss and the honey is often mixed in with other honey to make Central Otago Flowers honey.

Once upon a trip along the tops of the Dunstans we found sprawling cushion plants, lichens and mountain flowers and damp moss amongst the spring water and burns.